Each year Cancer Council Australia and the Australasian College of Dermatologists come together for National Skin Cancer Action Week to remind Australians to use sun protection and promote early skin cancer detection.

This year’s National Skin Cancer Action Week highlights we need to do more to promote sun protection, especially amongst men aged 40 to 59.

Skin cancer remains Australia’s most common cancer with Australia having the highest rate of skin cancer in the world. Often called our ‘National Cancer’, two in three Australians will be diagnosed with skin cancer during their lifetime. Sadly, around 2000 Australians lose their lives to this disease each year and it is estimated that twice as many men as women will die from melanoma this year alone.

Yet research shows that many Australians, particularly men, aren’t regularly using all five forms of sun protection. This year, ACD is partnering with Cancer Council Australia to urge all Australians, especially men aged 40 to 59, to be SunSmart and reduce their risk of developing skin cancer.

We are also encouraging all Australians to check the UV index before heading outside on the SunSmart app, via the Bureau of Meteorology’s website or your local weather forecast.

Over-exposure to UV radiation causes 95% of melanomas and every region across Australia is likely to reach extreme levels of UV over the summer months.

Fortunately, most skin cancers can be prevented by using all five forms of sun protection when the UV level is 3 or higher: 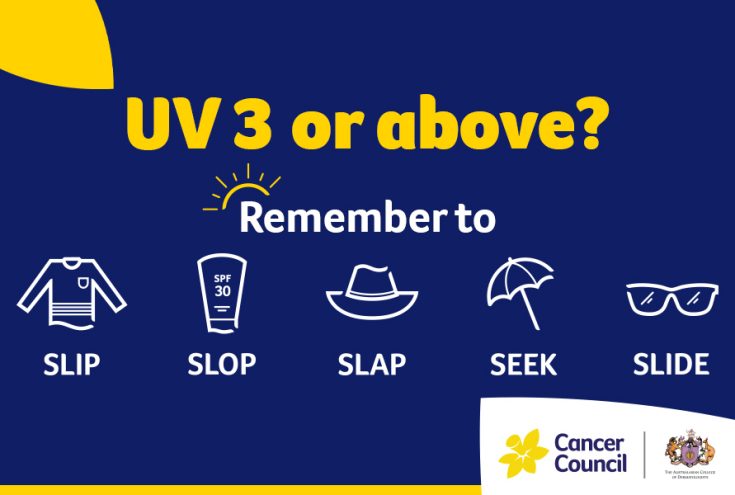 Keep an eye out for our social media posts during the week (20 – 26 November 2022), like and share with your networks.

Our campaigns and partnerships

The Australasian College of Dermatologists works in collaboration and partnership with a range of organisations to deliver and promote campaigns and resources aimed at raising community awareness, supporting timely access to care, shared decision-making and improved skin health outcomes.